Not Minding What Happens 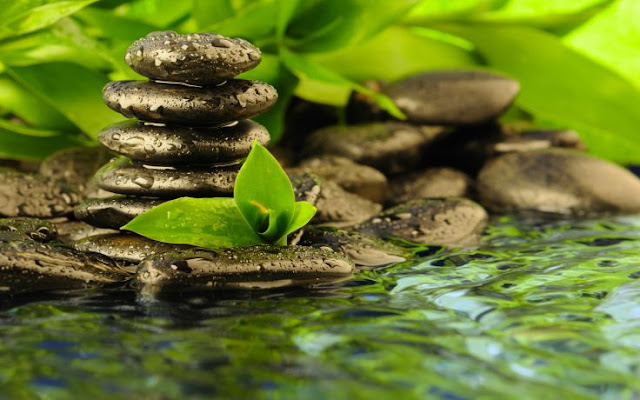 For a very large portion of my life, I've been intent on - and very conscious of - the desire to improve myself. Oh, I don't mean studying or learning more, or taking tennis or piano lessons, although all of that is also very much part of my life. What I mean with improving myself has to do with 'making myself a better person', or at least trying to. Becoming more patient, being less critical, dealing with my temper, being more loving, and so on. The list is long. Just like most people, I was born with (or learned to be like this as I grew) many faults and imperfections.

So of course this entailed much work, because long ingrained habits are not lost in a week. It meant I had to learn how to be very conscious of myself at all times. That was not so very hard - at least for me - as I had started this (albeit in small ways) already as a child barely into puberty. Later - much later - I incorporated a daily practice of mindfulness to my life. I also had to learn how to love myself and all that self-love entails. That was much harder, and continues to be an ongoing process.

It became very clear that life had become so much easier, so much more pleasurable - and I say this even in the midst of what sometimes were very trying outer circumstances.

It brought to mind something I had read in the late 90's about Jiddu Krishnamurti giving a series of talks in California in the 60's. He had many devoted followers who came to his lectures. One day he announced that on that evening he would reveal the secret to his happiness, as he felt that most of his followers, despite coming to many of his lectures, had not understood - had missed the point. Of course many of those people came to that revelatory lecture, hoping to finally find some inspiration. Krishnamurti then said: the secret to my happiness is not minding what happens.

I puzzled over this. At first it sounded as though he was lauding apathy. Then I thought no, he simply no longer has an attachment to the outcome of any given thing. And then I realized, as I underwent the process I have described in this post, that what this meant (or so I believe) was that he was simply able to observe events, people, facts, without getting caught in the sway of emotions that we normally attach to anything. There is that word 'attach' again. If you can observe what happens, if you can remain in that space of inner peace, good or bad, positive or negative emotions need not arise. And hence you don't mind what happens.

Is this path easy? No. It is do-able? Absolutely yes. It - as so much else - is a choice for each and every one of us.

Also visit my Spanish & German blogs by clicking on the language links above in the MENU.
Posted by Gabriella Kortsch, Ph.D. at 1:41 PM