Build Even When Your Last Building Burned Down 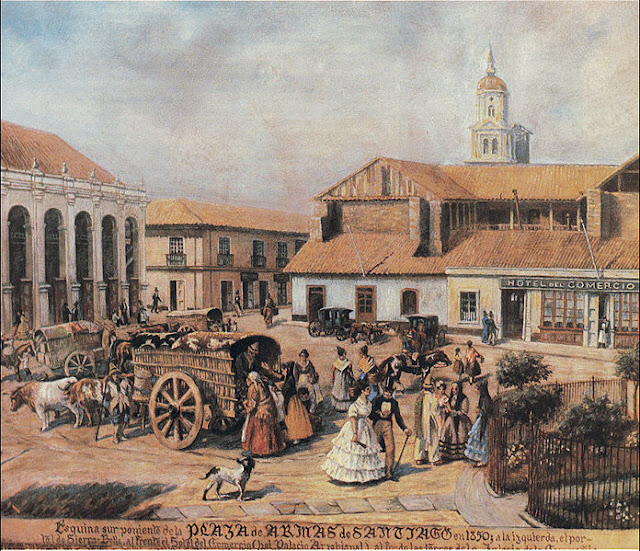 I've often heard people say - especially those who have been burned once or twice - that they are unwilling to invest time in building up a new relationship unless they get some guarantees that it will work out.

I once belonged to a book club that met once a month for dinner and lively conversation, and one month when it was my turn to host the dinner, the book I chose was Isabel Allende's Inés of My Soul, a novel about the conquest of Chile carried out in part by Pedro de Valdivia and Inés Suarez, a woman of humble birth from Extremadura in Spain. The grueling difficulties these people and all those at their side went through in order to reach their goal: the colonization of a new world - brought those people I mentioned in the paragraph above, who are unwilling to spend time on building up a new relationship to mind.

Whether we agree with how the colonization process (by any country) took place or not, is not the issue here. We could take the pioneers in North America as another example. Europeans that decided to conquer and settle in North and South America not only had their work cut out for them in founding cities, building homes, planting fields, and raising livestock, but they had their hearts ripped out of them - figuratively speaking - on the frequent occasions that indigenous populations fought back and destroyed all that they had accomplished.

Again, whether we agree with what Europeans did in the Americas is not the point. What is at issue is the fact that these conquerors and colonizers got up the next day to rebuild and replant. What if they had said - as the people unwilling to invest time in new relationships without solid guarantees - that they would only rebuild and replant if they had guarantees that they would not be under attack again?

And here comes what for me is the most poignant and important aspect of it all - by rebuilding and replanting much was learned. Perhaps how to build better, more solidly, in order that the churches, homes and stables could not be pulled down or burned so easily. Perhaps they learned how to better protect their livestock, or perhaps they learned how to create better understanding and cooperation with the indigenous populations in order that there be greater peace.

By extension, we could apply the same principle to our relationships: if we are unwilling to invest time in a new one - especially if we have been burned in the past - how will we ever have the opportunity to learn what it means to have a better relationship? Can we not view the process as one of learning instead of assuming it has to be one of being happy and fulfilled? Being that - happy and fulfilled - in your relationships is obviously a goal and hopefully you will achieve it, but isn't the learning process just as important? It was Mother Teresa who said: What you spend years building may be destroyed overnight. Build anyway.

Also visit my Spanish & German blogs by clicking on the language links above in the MENU.
Posted by Gabriella Kortsch, Ph.D. at 3:33 PM