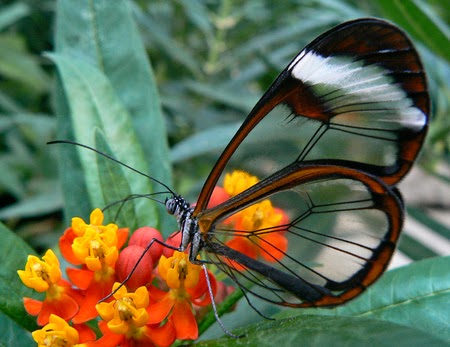 Who hasn't lied in a relationship? Maybe not about something as shattering as having an affair on the side, but perhaps something more light-weight such as pretending to like football or opera at the beginning so you can be with the football or opera lover, when it actually bores you. And who hasn't been lied to in a relationship – and felt the results: lack of trust and a general sense of malaise that permeates everything from that point forward, because you just don’t know anymore whether the person that lied once can be trusted to not lie in future.

Another case in point: who hasn't been shown one face in a relationship (or shown one face yourself to that other person), meaning that you are being allowed to believe one thing, while in fact, a totally other thing is going on behind the scenes? An example might be when someone you know has just become very upset by something you have done or said (but for the sake of my example, what you did or said was innocent, or well-meant, not based on a desire to hurt or upset), but instead of letting you know what just happened - in the perception of the other person - you are presented with a smiling face, while in the meantime trouble is brewing behind the scenes. This means that sooner or later - probably after several such theoretically innocent incidents - a great explosion will take place, catching you totally unawares - simply because there was no transparency. Perhaps if you had been told immediately exactly what the other person perceived (and remember, the telling of this can be courteous, and without blame or anger), you might have been upset yourself. But at least you would have known what was going on. And then, when both are calm, it could be discussed. Or perhaps you might have registered the fact that for this particular person you will need to find another way of speaking or acting (not because what you said or did was 'bad', but perhaps they are very sensitive, or fearful, or insecure). Another possibility is that there was a total misunderstanding on the part of the other person who perceived one thing, while what you were doing or saying was a very different thing. Either way, with transparency, all of the above scenarios can be dealt with. Without transparency, a very different kind of situation may arise that could lead to festering (due to lack of communication), and create outright wounds (due to lack of openness and trust) that may be exceedingly difficult to heal.


Transparency and the lack of it in relationships, is a condition with consequences whose insidious tentacles extend much further than pure and simple lying. Transparency means saying what is really inside of you. Transparency means not equivocating about what is important to you. It is not pushing your opinions or likes and dislikes on others, but it is being honest about them when they become part of what is happening in the relationship.

Being transparent implies being vulnerable, because the transparency - the visibility of your inner self - is now out in the open, for your partner to see, to palpate, to react to, to comment on, and possibly, to reject. Clearly, this latter reason, coupled with the fear most people have of being vulnerable (see also “Leaving Your Comfort Zone: Fear of Emotional Expression”), causes many to avoid the issue of transparency. If I allow him or her to see the real me, or so one reasons, he/she will not want to be with me, or will think I am too this or too that. And yet, if you do not allow the other to see the real you, how will they ever really get to know you? And therefore, if they fall in love with you, what or who are they falling in love with??? A chimera, evanescent by nature, since it is not real. Is it not better to risk possible rejection by being transparent, and thus eventually be loved for one’s real self by someone who appreciates it, than to be loved for what one is not?

Note: If you are wondering why this blog is now only appearing on alternate days (excluding Sat/Sun), it is because I also post on my other blog on the others days. That other blog is Rewiring the Soul so named for my first book. Click here to visit the blog and/or to sign up for the feed.
Posted by Gabriella Kortsch, Ph.D. at 2:01 PM