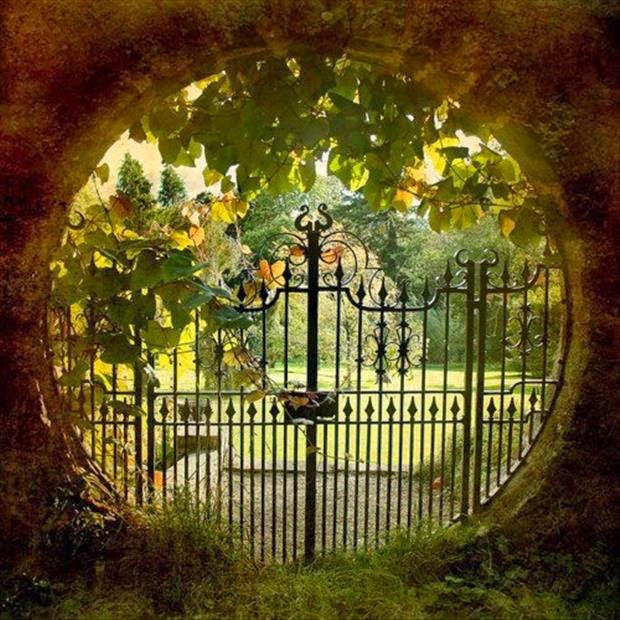 Who would you be right now in your life, were it not for your past? Do you realize how much it has been your past that has shaped the person you have become? And I'm not referring to whether or not you were born with a silver spoon in your mouth. Your childhood may have been idyllic, it may have been lackluster, it may have even been abusive. You may have been stimulated to grow and progress no matter what, or you may have been fed a gooey pablum that stipulated that life owes you a living. However it was, you made decisions about it and moved forward thanks to those decisions.

If you enjoy reading biographical and autobiographical material about well-known people, you will know there are countless numbers of them who recount a tale of deprivation or hardship on some level, and who nevertheless managed to move themselves into a life worth living. Oprah, Wayne Dyer, Nelson Mandela, Charlie Chaplin, and Temple Grandin are just some of the people that have popped into my head since starting to write this post. They all became who they ultimately are/were, at least in part, thanks to that difficult background they were born into, or had to live out in the early part of their life. Does that mean that everyone who has a difficult background overcomes it in such a spectacular way?

No. There is an element of resilience in those that do, an element of desire, push, passion, as well as willingness to do what it takes to move in that direction, but generally their resilience rises to the surface precisely because of the difficulties into which those people were born. Sometimes they have had a 'helper', a mentor, but just as often such a helper or mentor was simply a neighbour, or uncle, or teacher who believed in them when no one else did, or when all the others were only focused on shuffling one foot ahead of the other. You might also have noted that those who extricated themselves from those difficult beginnings, did so by growing very strong - or, said another way - grew very strong because they decided they had to extricate themselves. How often do you hear them talking about how hard things were for them? They may use anecdotes about their past in order to illustrate a process through which they went, but they won't talk about the past from a victim position, or in order to garner any sympathy from anyone. They have grown to like and admire themselves for what they have accomplished - not so much because wealth and/or fame is involved (although I use such commonly recognized names in order to easily illustrate what I'm talking about, while recognizing that many, many others who are not well-known, nevertheless have done just as much), but because they take pride in who they have become on levels that have nothing to do with wealth and fame.

So think about it: who are you now compared to who you were all those years ago? How much of it has to do with that past of yours, that caused you to push and prod yourself in order to overcome and grow beyond those circumstances? Recognizing that your past played a role in allowing you to become the person you are today signifies that you understand that had your past not been what it was, you might never have become this person. And in this understanding, perhaps you can help others - who are just beginning their own path in life - also realize that even if their environment is not optimal, it might just be what is needed to move them into a place that will make them proud.

Note: If you are wondering why this blog is now only appearing on alternate days (excluding Sat/Sun), it is because I also post on my other blog on the others days. That other blog is Rewiring the Soul so named for my first book. Click here to visit the blog and/or to sign up for the feed.
Posted by Gabriella Kortsch, Ph.D. at 1:13 PM