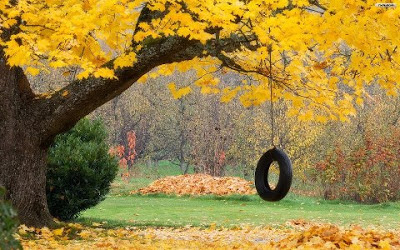 The type of pain that ensues from such a relationship leaves no doubt in anyone's mind (especially anyone who has experienced it) that it is agonizing in its sheer numbing - or hysteria-producing - effects. No one would deliberately wish this upon anyone else, and if we have a friend or family member who is currently going through such a situation, we can almost feel their pain, and we would generally do anything to get them out of that horrific place in their minds and hearts into which they have been placed due to their unfeeling or cruel partner.

Because that is the reason for their pain, right? They currently have or they had in the past a relationship with someone who simply did not treat them correctly, someone who was abusive (whether the abuse is emotional, psychological, physical, or sexual makes no difference) or emotionally unavailable or addicted to some substance, etc. And because of this partner, they are now going through the gates of hell on earth.

Because that is the reason for their pain, right?

At least it's wrong insofar as the culprit – the one to be faulted – the one at whose door we can lay all the blame for such suffering - is the partner. He/she perpetrated those dastardly deeds and caused such grief and pain due to his/her cruelty, coldness, dysfunctionality, twistedness, etc. We could surely come up with a long string of additional adjectives to describe the kind of behaviour this type of personality evinces.

So what is wrong with this picture?

No one is pretending that the guilty party is behaving properly. No one is saying that the way they are treating the innocent party is right. What we are saying is this: as long as the "innocent" party is saying (to the world or to the self) that he/she is in this situation of suffering and pain due to the actions of the other, i.e. the "guilty" party, no one, including the "innocent" party, will get anywhere that might be called an improved state of being.

Let me say that again – because this is the most important concept in this entire article: as long as the "innocent" party believes that he/she is in this horrible situation due to the actions of the other, no one, including the "innocent" party, will get anywhere that might be called an improved state of being.

This is so because as long as the hurt person does not take responsibility for their hurt (as the dysfunctional party ought to take responsibility for their own cruel or cold behavior), the hurt person will not improve his life. Oh, he might get a divorce, she might get a court settlement, he might get custody of the kids or the house, or anything at all that on the surface seems to even out the erstwhile imbalance in this relationship of inequalities, but that has nothing to do with repairing the inner damage.

I cannot emphasize enough how important this point is. Walking away from behaviour - on the part of another person - that is not acceptable, is a very important first step. But walking away and continuing to look at the situation from a blame perspective is simply not enough. Not only is it not enough, it is conducive to perpetuating the pattern in the next relationship and the one after that, and so on. Some people come to my practice and tell me this is a question of their bad luck in choosing partners unwisely.

The Way We Grow

Well, in a way we could agree that it is...but much more importantly, it is a question of their not taking responsibility for their own role in the affair. Careful, this is not about blaming themselves. This is about realizing that - as Jung might have put it - the incredible intelligence of the psyche has led them - over and over again - to be attracted to individuals and hence enter into relationship with them, who will cause them such pain and frustration in specific areas of their lives, that if they choose to do so, these situations can be used to grow as individuals and to overcome the challenge of this particular lifetime.

To overcome the challenge ... you might say we all have a mission in life (and here I am not referring to the life purpose or mission with regards to the mark one can leave, but to the mission with regards to the self, with growing the self, with Giving Birth To Yourself, so to overcome the challenge we need to begin to understand the foibles, the unhealthy parts, the dysfunctionalities of this lifetime that we have chosen to work on.

So that means that we would need to look at those bits of ourself that we seek to fill through the other. What attracts us to another at the outset? What do we fall in love with? Because it is precisely there where we can see what is not whole in ourselves. And if we have been able to identify that, then we are in a position to understand where we have to work on ourselves; where we have to fill our own lagunae, our own holes, rather than trying to find safety through another. Many of the articles indicated throughout this one, address this particular issue in greater depth, because it – the why we fall in love with specific individuals - is germane to understanding this problem that besets most of us in almost all of our relationships (even those that are not painful or difficult).
Jewels in Our Lives

If you look at it from that point of view, the fact that someone in your life is pushing you to the limit, causing you pain and frustration, might be regarded as something akin to a jewel. (I can already hear the invectives that are being hurled my way for that last sentence). Your partner could be viewed as a jewel. Only - I hasten to add - because he/she has been the instrument that has brought you to this point of frustration or pain; only because by coming to this point, you want to go no further in that direction of negativity, but want to resolve this issue in your life once and for all. And so you begin to look at yourself and your role in accepting such pain. Not to blame yourself, but to learn how you can grow beyond such feelings and hence never need to experience them again. Once you've been through the measles you don't get them again, right?
Relationship With the Self

But - and I know I'm repeating myself here - I need to reiterate over and over again: this is only achieved if you look at the self, if you commune with the self, if you pull responsibility for all your thoughts, feelings, emotions, actions, and reactions into yourself. This offers freedom, this offers growth, and you are the only one who can do it for you.

For much more about understanding relationships, and how to grow towards spiritual partnership at the same time as you grow towards inner peace, see my new book The Tao of Spiritual Partnership which is now available in paperback version. The Kindle version will be released near the end of November 2012.

From the Description on Amazon: More exciting than any other kind of relationship you have ever known, spiritual partnership is a path, a Tao, available to you so that you may transform your life. Spiritual partnership becomes background music to daily life allowing you to enhance the process of your growth and evolution.

This ground-breaking book addresses:
• relationship patterns that hold you back from a truly fulfilled life• the strong connection between sexuality and spiritual partnership• communication leading to true connection & lasting transformation of your relationshipIt is precisely at the problematic crossroads so often encountered in relationships that we are offered the opportunity to create a new foundation based on mutual complementarity rather than need; a free relationship between two people who want to be together, rather than two people who need to be together. Needing another, we are told, is the measure of love, but for a fully conscious individual nothing could be further from the truth. And therein lies part of the secret and healing power of spiritual partnerships.

Praise for The Tao of Spiritual Partnership “All humans seek the illusive touch of another's Soul, which opens us to the sense of belonging to something bigger than the self. Dr. Kortsch has given us the true "tao" of relationship in this brilliant exploration of emotional tapestry. We will be grateful for this illumination of spiritual partnership for generations to come." Chris Griscom: Spiritual Leader, Author “Eloquently and comprehensive, showing how your primary love relationship may be a sacred vessel that transports you and your partner to a place of mutual healing and expansion.” Robert Schwartz: Author of Your Soul’s Gift: The Healing Power of the Life You Planned Before You Were Born "The Tao of Spiritual Partnership is a unique blend of wit and wisdom; Dr. Kortsch encourages us to take responsibility for our relationships, while recognizing and seizing the opportunities for our own personal spiritual growth." William Buhlman, Author of Adventures Beyond the Body

For more about understanding the self and inner growth, also have a look at my earlier book Rewiring the Soul: Finding the Possible Self

From the Description on Amazon: Ask anyone, whatever their circumstances, if their life is vibrant, fulfilling, harmonious and happy. An honest reply is likely to be 'no', because to answer a truthful 'yes' is no mean feat. Only to grow psychologically and emotionally is not enough. And only to grow spiritually is not enough either. All three dimensions need to be developed in order to realize your full potential. If you are willing to assume total responsibility for the self and to start what is an on-going journey, you will quickly begin to glimpse the first fruits of the ultimate goal: inner well-being, freedom, peace, harmony and joy. This book sets out the pathway to self-mastery and self-discovery and walking that pathway will be the most exciting adventure of your life.