Compassion: Only For the Hungry, or Also for Those Who Hurt You? 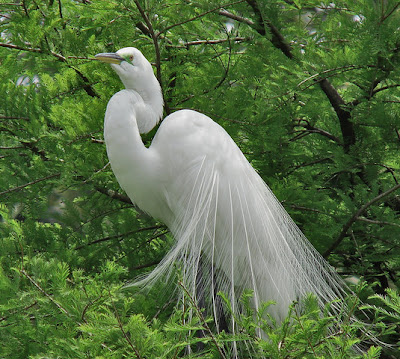 Most people have no problem in understanding how to feel compassion for the poor and hungry from third-world countries, or even those in similar positions in our own wealthier nations. And certainly, most people understand why we would even begin to entertain the idea of feeling compassion for people in such a predicament. It seems the normal, human, charitable thing to feel, doesn’t it? This may even lead a good portion of the people feeling such compassion to actually undertaking something tangible that might ease the burden of those who suffer from poverty, hunger, homelessness, persecution, etc.

Often when clients walk into my office for the first time, they will expend an inordinate amount of energy telling me, during that first session, how much their partner, companion, or spouse has hurt them, cheated them, lied to them, deceived them, manipulated them, changed on them, or abandoned them, to name only a few. And, of course, I am expected to empathize with their position, and essentially see that the other party is someone who can only be defined in unspeakable terms.

It Takes Two to Tango…

At this point I frequently intervene and offer the opinion that it does take two to tango (so, for example, if he/she did such-and-such to you, why did you let it go on for so long?), and further, that no matter what “relationship crime” the other party has actually “committed”, he/she also deserves some compassion because who knows what has happened in their life up to that point (and particularly in their early life) in order to bring them to behave in such a despicable way.

This will occasionally merit me a baleful glare from my client. But often I also see a glimmer of understanding, or even of agreement. Sometimes I think it’s their way of assuaging their own angry thoughts at themselves for having fallen in love with the other person at all, of justifying to themselves that there was something wonderful there for them at the beginning, and that therefore it is not necessary to view themselves as total relationship failures for having chosen so badly. Indeed. But there is more to be looked at.

The Why and the How of it All

Why we might feel compassion for someone who has hurt us seems to be easy to understand. They may have become the way they now are; this awful way they are behaving with us, in other words, because of, as mentioned earlier, difficult traumas in their childhood, perhaps painful relationship patterns prior to meeting us, or a myriad number of other plausible reasons that might allow us to get a glimpse into the inner makings of this other person.

But how do we go about feeling this compassion, when what we really would like to do is wring their necks, or never let them see the children again, or take them for what they’re worth and leave them without a penny, or make them pay in some other way that will truly make them realize just how much they have hurt us?

How do we find it in ourselves to bring up any measure of compassion when they obviously are such absolutely awful people? People who have perhaps hurt us more than anyone else. Deliberately. Hatefully. Viciously. A betrayal of this nature, where once there was love, and now there is only blackness, is perhaps more difficult to deal with than any other kind of betrayal because we see it from the position of deliberateness on the part of the other person. They wanted to hurt us. They did so knowingly.

While major religions spend a great deal of time preaching compassion, religion is by no means the only method to find your way to compassion. Rather, I would venture to say, the first step might be by taking a look at yourself. By seeing what is inside of you. By getting to know yourself, your intentions, your desires, your needs, your fears, your vanities, your pride, your ego, your priorities, your patience, and your degree of self-awareness.

Self Awareness and Responsibility

Self-awareness is such a tricky thing. If you don’t have it, you generally don’t know that you don’t have it, and when you begin to acquire it, you keep forgetting about it until you make a discipline of it, of forcing yourself to be self-aware at as many moments as possible in your life. Only then does it have a chance of becoming second nature, and thus of you being self aware at almost all times. This implies that you begin to take responsibility for everything you feel, think, and do, and as you take on responsibility for all that, you begin to understand that what another person has done to you is his/her responsibility, his/her problem, his/her issue to be resolved, and that no matter how much you may rant and rave or crave revenge, you will never be able to change the other. You can only change yourself. As we absorb the truth of this statement, we begin to understand that what others do unto us is truly only interesting and important from the point of view of how we react to their words or acts.

And how we react depends in large measure on our degree of self-awareness. It is at this point that the possibility for compassion enters the picture. The more self-aware you are, the more you know you have choices and alternatives at every turn of the road. Therefore you begin to understand that someone who has hurt you (hurting others generally implies, among other things, fear in the one who hurts; fear of feeling insecure, fear of chaos, fear of loss of control, etc., but that is a topic for another article) has done so from a position of blindness, of a lack of self awareness.

Careful now, I am not suggesting we simply excuse all these people and say, “oh, they didn’t know what they were doing, so it’s ok”. Of course it’s not ok. But because you are now capable of understanding where they are coming from; in other words, from blindness, you are now able to feel compassion. How they resolve their own issues that cause this behavior on their part, is their problem. Perhaps you will want to be supportive in helping them shed light on it, perhaps not. But in the meantime, you have resolved an enormous issue of your own, by looking at yourself, by resolving to become self-aware, and by choosing the path of compassion rather than the path of hatred, anger, self-pity, or revenge.

Compassion for others does have a ripple effect. Try it and observe what happens…not only with others, but most particularly, inside of you.
Posted by Gabriella Kortsch, Ph.D. at 4:21 PM