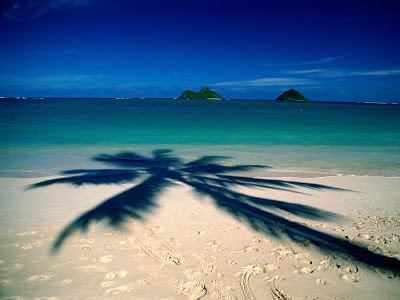 The type of pain that ensues from such a relationship leaves no doubt in anyone's mind (especially anyone who has experienced it) that it is agonizing in its sheer numbing - or hysteria-producing - effects. No one would deliberately wish this upon anyone else, and if we have a friend or family member who is currently going through such a situation, we can almost feel their pain, and we would generally do anything to get them out of that horrific place in their minds and hearts into which they have been placed due to their unfeeling or cruel partner.

Because that is the reason for their pain, right? They currently have or they had in the past a relationship with someone who simply did not treat them correctly, someone who was abusive (whether the abuse is emotional, psychological, physical, or sexual makes no difference) or emotionally unavailable or addicted to some substance, etc. And because of this partner, they are now going through the gates of hell on earth.

Because that is the reason for their pain, right?

At least it's wrong insofar as the culprit is the other, and he/she had perpetrated these dastardly deeds and caused such pain and suffering in the other partner due to his/her cruelty, coldness, dysfunctionality, twistedness, etc. We could surely come up with a long string of additional adjectives to describe the kind of behaviour this type of personality evinces.

So what is wrong with this picture?

No one is pretending that the guilty party is behaving properly. No one is saying that the way they are treating the innocent party is right. What we are saying is this: as long as the "innocent" party is saying (to the world or to the self) that he/she is in this situation of suffering and pain due to the actions of the other, i.e. the "guilty" party, no one, including the "innocent" party will get anywhere that might be called an improved state of being.

This is so because as long as the hurt person does not take responsibility for their hurt (as the dysfunctional party ought to take responsibility for their own cruel or cold behavior), the hurt person will not improve their life. Oh, they might get a divorce, they might get a court settlement, they might get custody of the kids or the house, or anything at all that on the surface seems to even out the erstwhile imbalance in this relationship of inequalities, but that alone is not enough.

I cannot emphasize enough how important this point is. Walking away from behaviour - on the part of another person - that is not acceptable, is a very important first step. But walking away and continuing to look at the situation from a blame perspective is simply not enough. Not only is it not enough, it is conducive to perpetuating the pattern in the next relationship and the one after that, and so on. Some people come to my practice and tell me this is a question of their bad luck in choosing partners unwisely.

Well, in a way we could agree that it is...but much more importantly, it is a question of their not taking responsibility for their own role in the affair. Careful, this is not about blaming themselves. This is about realizing that - as Jung might have put it - the incredible intelligence of the psyche has led them - over and over again - to be attracted to individuals and hence enter into relationship with them, who will cause them such pain and frustration in specific areas of their lives, that if they choose to do so, these situations can be used to grow as individuals and to overcome the challenge of this particular lifetime.
To overcome the challenge ... you might say we all have a mission in life (and here I am not referring to the life purpose or mission with regards to the mark one can leave, but to the mission with regards to the self, with growing the self, and giving birth to the self, so to overcome the challenge we need to begin to understand the foibles, the unhealthy parts, the dysfunctionalities of this lifetime that we have chosen to work on.

If you look at it from that point of view, the fact that someone in your life is pushing you to the limit, causing you pain and frustration, might be regarded as something akin to a jewel. Your partner could be viewed as a jewel. Only - I hasten to add - because he/she has been the instrument that has brought you to this point of frustration or pain; only because by coming to this point, you want to go no further in that direction of negativity, but want to resolve this issue in your life once and for all. And so you begin to look at yourself and your role in accepting such pain. Not to blame yourself, but to learn how you can grow beyond such feelings and hence never need to experience them again. Once you've been through the measles you don't get them again, right?

But - and I know I'm repeating myself here - I need to reiterate over and over again: this is only achieved if you look at the self, if you commune with the self, if you pull responsibility for all your thoughts, feelings, emotions, actions, and reactions into yourself. This offers freedom, this offers growth, and you are the only one who can do it for you.