Are You In Love With More Than One Person? 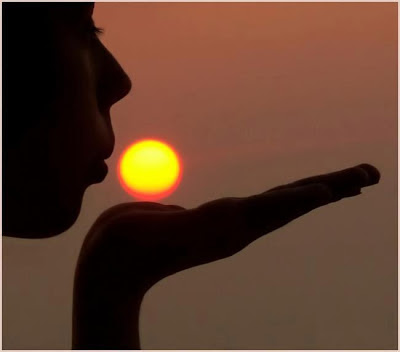 Recently I was asked to publicly comment about an individual's plight. This woman, happily married and with a thriving family, had renewed contact through one of those circumstances of life that do happen, with a former boy friend. At the time of their break up, years ago, one of the propelling forces that pushed her to do so, was her fear that he would at some time leave her anyway. He, now married, lived at quite some distance, and she had fallen in love with him again, even though she continued to love her husband.

The former boy friend and the woman had decided to meet, but the woman was plagued by doubts, a guilty conscience, and worry.

Hence the question: can one love two persons simultaneously.

The fact that a relatively recently married man is so willing to rock the boat with his new wife, due to the burgeoning relationship with a woman who formed part of his life at an earlier time, does, at first glance, cast a grey cloud on him.

However ... at no point do we have proof of the fact that he actually wants an affair with the former girl friend. It is possible he just wants to be friends, to maintain upright the re-found relationship with her. If that is the case, then perhaps his feelings are quite different than those of the woman. The fact that she is going to see him begs the question of which of the two instigated the trip, and what the idea behind it is, in both individuals' heads. I would also like to know what he has told his wife.

However, I also believe that all of that takes us off the broad arena of the main question ... is it possible to love more than one person at the same time? I can only answer from within my own professional, academic, ethical, and personal parameters.

When there is "unfinished business" between two people, such as is the case with these two, then it is - I believe - a simple matter to convince oneself, when something happens to bring the relationship back into one's life, that one is indeed in love.

But what is this love? Isn't it more readily equated with "need"? She needs something from this man ... even if it's just closure, or perhaps the sexual experience per se, or the feeling that he loved her very much all these years, or something else. But there is a need.

How is that different from her marital relationship and the love she feels for her husband? I don't know, because of course I know nothing about that relationship, other than that I am told it is good, that she loves him, and that she has a happy family. I would assume that there are also elements of need there, in her marital relationship (in the sense that I refer to need in my article I Need You...I Need You Not), because until we truly learn how to love, we tend to need our partners.

Bottom line, we fall in love with people who will bring us further in life, as they tend to help us discover nascent, as yet undeveloped facets of our being, as well as all too frequently bringing us to a peak of frustration, which, as we attempt to resolve it, tends to help us grow, if we can only look at it from the point of view of how we got to that place with them, rather than simply blaming them, and then forgetting about it (or getting a divorce).

Therefore, if we fall in love with people who will bring us further, clearly the kind of people we have fallen in love with over the course of a lifetime let us know much about ourselves. And we begin to realize that the places where we grew within ourselves, were places we had not yet developed, places that were, you might say, voids, lagunae, unexplored aspects of ourselves. So...clearly the kind of person we fall in love with tells us much about ourselves, and the older we get, the more we can see this (if we bother to think about it).

So ... in the predicament describe herein, I would ask myself this:


And if the answer to the first three of the above leans towards a "no", then I might ask myself a whole other set of questions that I personally consider infinitely more interesting:

And please remember, what is missing in me is NOT something someone else can supply me with. Rather, it is something I need to supply myself with, by working on developing that part. Hence, this man might well be a signpost in the right direction ... not to leave the current relationship, or to go and have an affair with him, but to examine myself from the point of view I've tried to discuss here.