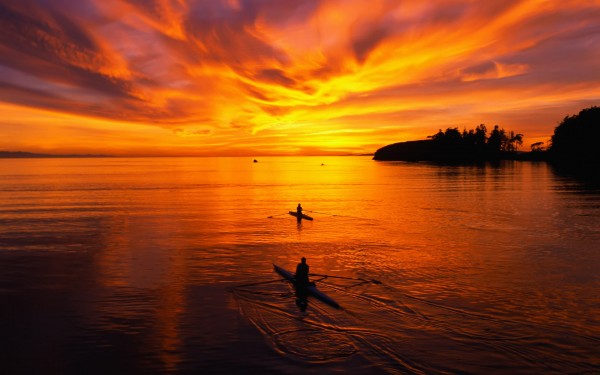 Imagine, I read when I was much younger, sitting on a rocker when you're quite old, thinking about all the things you never did and about all the people you never loved. I remember my blood ran cold at the image. Imagine, it went on, regretting not having done so many of the things you would have liked to have done, but that you didn't because they scared you, or because you didn't know the outcome, or because you thought there was a chance you might fail, or that others would look at you in pity because you had not been successful. I felt lead in the pit of my stomach as I read that.

Imagine, I read, sitting on that rocker and going over all the things you never did because you told yourself that you had no time, or that they were silly for someone of your age or station in life, or whatever, to do. I shivered. Imagine, I read, sitting in that rocker and feeling all that regret.
And now I ask you, who read this: imagine not only that - because at least in that scenario you are sitting in a rocker and physically comfortable despite your inner pain - but imagine that you are lying in bed, your body riddled with a terminal disease that will not let you go, or sitting in a wheelchair, quadriplegic, with no more possibility of movement, and you have those same regrets.


Don't let that happen. Don't die regretting everything you did not do. Wayne Dyer wrote: "don't die with your music still in you." So venture now. Make the most of this life that you have to live. Love now. Dare now. Live now.