Who Is This Person With Whom You Are? 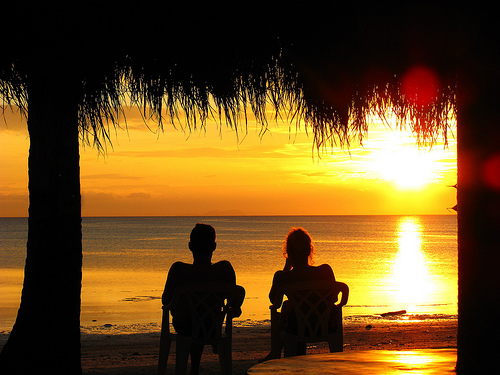 Ever asked yourself that question about the person closest to you? Ever realized that the person closest to you is actually a stranger in some ways? Ever come to the conclusion that what you believed about that person has nothing to do with reality? Ever decided that if the person you are with, whom you are now seeing with totally new eyes, is not the way you thought he/she was, then you don’t want to spend any more time with him or her?

What a realization! What a nightmare! What freedom! Each case is different.

So what is it that happens?

In a nutshell, it’s projection. We are attracted to, and fall in love with, that which we want, that which is missing in our own selves, and thus we find a good hook for it. We also neglect to heed many of the warning signs we receive. These include:
So of course after a time, after the first glow is gone, after the powerful draw of chemistry is no longer so strong, we begin to feel disappointed in one thing or another, these add up, and we gradually see another person than the one we fell in love with. But, again, this is not because the other person has changed, but because we are no longer seeing them through the projection.

So we ask: Who is this person with whom I am?

It is at this point that we may actually begin to see the real jewel in the relationship, the real value this has for our future growth and freedom. The process that is now possible is the true reason we were initially attracted. It is now that we can begin to polish the diamond and come away with something of far greater value than that which we thought we were getting when we fell in love. If we are capable of persevering now – at least for a time – in the understanding that the gift is only now beginning to unfold, we will come out of this far richer, far greater persons, than we can even begin to imagine.
Posted by Gabriella Kortsch, Ph.D. at 8:18 PM