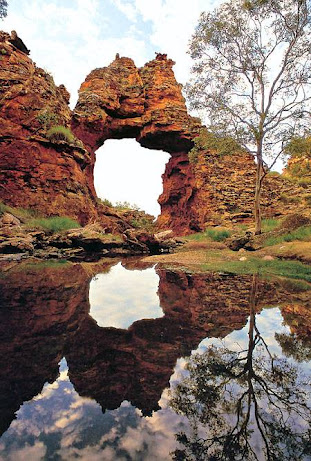 Our scars have the power to remind us of who we were. Re-watching a brief section of Red Dragon, the original Hannibal Lecter movie (yes, I like those movies too), Anthony Hopkins pronounced that sentence, and I was reminded of the symbolic meaning of scars.
Who doesn’t have scars? Whose body – other than a baby’s - is unblemished? Who can say they’ve lived a life that left no scars on the psyche, the heart, the soul? Although Lecter/Hopkins was referring to the scars Edward Norton's character had accumulated - on many different levels - by the end of the movie, the sentence obviously applies to the Joseph Fiennes character as well, so brutally scarred by his horrendous childhood experiences.

But what, in actual fact, is a scar? It’s a mark left somewhere after a wound has been inflicted. So scarring implies wounding, and wounding implies pain. And when we look at our physical scars, we are reminded of an event that took place at some point in the past that caused the scar to form. But many physical scars neither continue to cause us pain, nor do they cause us to engage in painful memories just by looking at them. There is one thing however. The skin where the scar is visible is no longer unblemished. Something has changed in its appearance. Hence the scar.

Our emotional, psychological, or spiritual scars are somewhat different. We can’t see them just by looking for them. Sometimes the only way we know they are there is by the absence of something. For instance, people who have little contact to their emotions, are deeply scarred. We can’t see puckered skin. But we can see the consequences of the wounding…the dysfunction in the emotional expression. Such a scar might be likened to the scar an amputation of a limb leaves. A prosthesis can be purchased. The body can learn how to use it, and a nearly normal range of movement can once again be established. With emotional scarring this is also possible…as long as the person who becomes aware of his or her scarring by the absence of something else, is willing to learn to use the prosthesis in order to regain a normal range of movement…in this case…is willing to learn how to connect to the emotions again, in order to regain a normal range of feeling.

Is life without it possible? Of course. But the range of movement will be so limited that the person so scarred will appear to be a cripple.